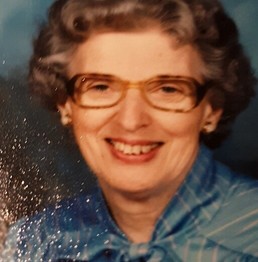 Fannie Mae King Limer , age 93 , died Saturday, November 20th, 2021 in Maria Parham Hospital . She was born on October 2nd, 1928. She was the daughter of the late Isham and Gertrude Reid King.

She was a loving wife, mother, grandmother, great-grandmother, and was loved by all who knew her. Most of all she was a devoted Jehovahs Witness, having been baptized July 26, 1954.

A memorial of life will be announced later.

In addition to her parents, Fannie was preceded in death by her loving husband of 60 years, Robert Edgar Limer, Jr. ; a granddaughter, Deborah Limer Taylor; and her seven siblings.

Arrangements are being handled by First Cremation Society. Online condolences may be made to www.firstcremation.com