To share your memory on the wall of Lawrence Killian, sign in using one of the following options:

Print
In memory of Lawrence Killian, he leaves behind his wife Sylvia Killian of 21 years, also his sister Tonya Coleman and other sisters and brothers, children and grandchildren.

Killian
by Robert Paul Silverman
Lawrence KillianŌ... Read More
In memory of Lawrence Killian, he leaves behind his wife Sylvia Killian of 21 years, also his sister Tonya Coleman and other sisters and brothers, children and grandchildren.

Killian
by Robert Paul Silverman
Lawrence KillianŌĆÖs
drums talk, harkening
back to the days in
Africa when the drum
was played as a form of
communication, giving
lightning power to
communal dances.
Born September 5th, 1942 in Jersey City, KillianŌĆÖs
uncle Al played trumpet with the legendary Ellington
orchestra during one of its finest periods and his
father Rollie was a postman who sang and played
guitar with Sy Oliver. Although encouraging his
musicality, Rollie made sure that his son developed a
trade to fall back on, so Killian would later study to be
an electrician. Starting on a silver trumpet at the
Glenfield School in New Jersey, he played in the band
and also the drum and bugle corps. Attracted to the
snare drum, he joined the Blue and Gold Marching
Band. Killian then started playing the trap drums with
saxophonist Lloyd Wheeler and Jimmy Anderson. He
played in all the local bars, though he eventually
joined the Coast Guard as an electrician.
KillianŌĆÖs first major gig was with vibraphonist
Johnny Lytle, during which he would become friends
with Roy Haynes and Freddie Hubbard, both of with
whom he would later play. Killian was percussionist
of the original Roy Haynes Hip Ensemble with saxist
George Adams, trumpeter Hannibal Marvin Peterson,
pianist Joe Bonner and bassist Cecil McBee - all except
Adams destined to play with Pharoah Sanders, one of
KillianŌĆÖs greatest jazz associations.
It was at the Blue Cornet that McBee invited

Sanders to first hear Killian. He would go on to record
with Sanders on the seminal albums Thembi (on one
track never properly credited in discographies) and
Black Unity. It was during this time, while playing free
music, that Killian furthered his relationship with the
drum as an ancient talking spirit.
An outgrowth of SandersŌĆÖ band in the ŌĆś70s was
Lonnie Liston SmithŌĆÖs Cosmic Echoes whose spare
electronic piano style brought in a new era of light,
cosmic funk. This experience included trips to Japan
and more recordings in nearly half a dozen years.
At this time, he also played with two of the most
famous men in jazz: Stan Getz and Miles Davis. When
Killian was still playing with Sanders, Miles eased into
a club undercover (similar to Pharoah), but finally
made it known that he wanted Killian to play in the
wild fusion band that also had percussionist Mtume,
Michael Henderson (bass), Keith Jarrett (piano), Tiki
(drums) and Gary Bartz (alto sax). Killian played at the
sessions for the exploratory funk album On the Corner
(though those particular takes have never been
released) and did gigs with Miles at the Village Gate,
LennieŌĆÖs on the Turnpike and at the Jazz Workshop.
After playing with Rahsaan Roland Kirk and
pianists Hilton Ruiz and Ahmad Jamal, Killian crossed
genres and joined the rock-disco band The Village
People which led to a five year stint, some good
money and hits like the song, ŌĆ£YMCAŌĆØ.
His friendship with Johnny Lytle led to a positive
connection when Pucho (of Latin Soul Brothers fame)
was putting together a tour. He asked Killian to play
congas in this working Latin band. Killian gladly
accepted and played extensively with Pucho in the
ŌĆś90s, leading to the CD GroovinŌĆÖ High.
It was at this time, that Killian and I formed our
first band and what is now a 17-year friendship. I had

a steady gig and percussionist Leopold Fleming was
called away to play with Nina Simone. When he said
he would send a sub, I had no idea that this wonderful
man with powerful forearms and razor sharp time
would end up playing for the entire summer.
After over 20 years as a fireman, Killian is still
teaching and playing at William Patterson College
with Chico Mendoza. He meets a lot of young kids that
want to be quick stars these days, but his advice to
them, knowing that jazz is a complex art form is to:
ŌĆ£Listen! Listen! and practice!ŌĆØ...Amen. K
Killian is at Saint PeterŌĆÖs with Robert Silverman Apr. 29th.
See calendar.
Recommended Listening:
ŌĆó Larry Coryell - Barefoot Boy
(Flying Dutchman-One Way, 1971)
ŌĆó Pharoah Sanders - Live at the East (Impulse, 1971)
ŌĆó Roy Haynes - Senyah (Mainstream, 1972)
ŌĆó Lonnie Liston Smith & The Cosmic Echoes -
Cosmic Funk (Flying Dutchman, 1974)
ŌĆó Cecil McBee - Mutima (Strata East, 1974)
ŌĆó Big John Patton/John Zorn -
Blue Planet Man (Evidence, 1993)
Read Less

Receive notifications about information and event scheduling for Lawrence

There are no events scheduled. You can still show your support by sending flowers directly to the family, or planting a memorial tree in memory of Lawrence Dewalt Killian.
Plant a Tree

We encourage you to share your most beloved memories of Lawrence here, so that the family and other loved ones can always see it. You can upload cherished photographs, or share your favorite stories, and can even comment on those shared by others.

Plant a Tree in Memory of Lawrence
Plant a tree 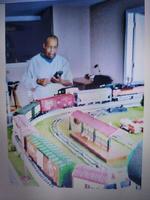 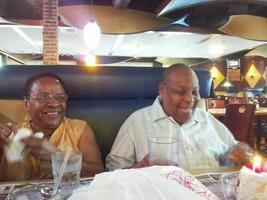 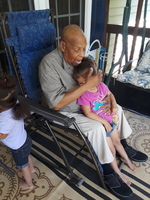