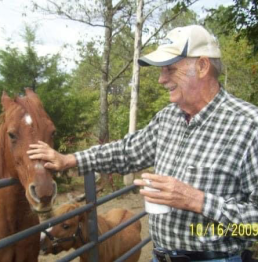 Ted loved his grandkids and great grand kids very much. He was a southern man who loved southern cooking, especially fat back biscuits and butter beans. Ted had a big heart for animals and enjoyed going to flea markets and spending time outdoors. Ted will live forever in our hearts and the memories he gave us.